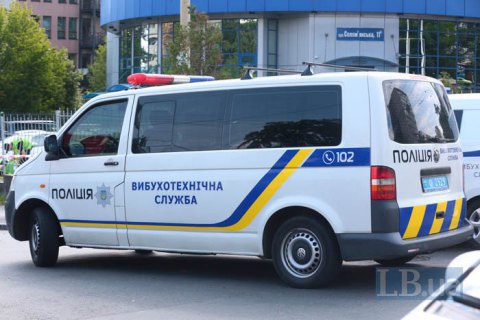 The Interior Ministry will change the way it responds to bomb alerts because of a recent tide of hoax calls.

"Due to mass bomb alerts concerning various facilities in the capital recently, we are initiating draft amendments to our internal legal acts that clarify the rules of law-enforcement agencies' response to such alerts. We are also preparing amendments to the Criminal Code to toughen responsibility for such reports. In some cases, we will propose to increase the term of criminal liability and the restriction of freedom for a period of more than six years, and, additionally, to provide for the confiscation of property," the head of communications at the Interior Ministry, Artem Shevchenko, told LB.ua.

According to him, hoax bomb alerts are mostly made by bots from the territory of Russia and uncontrolled territories in eastern Ukraine. Anonymous messages are sent via IP telephony and the Internet. But there are also cases when this is done by Ukrainian citizens, which is criminally punishable.

Shevchenko added that main retail retailers incur huge losses due to the need to suspend business in "mined supermarkets or shopping centres, which sometimes happens several times a day".

"One of these large retailers told us about losses in the amount of 56m hryvnyas for a certain period only due to the suspension of sales, evacuation of people and staff ... Therefore, it is possible that the regulations on the procedure for evacuation will be amended," he predicted.

As for the inspection of maternity hospitals, for which hoax bomb alerts were also made, there "the evacuation is carried out only in a quiet mode and only involve those who will not be hurt by this. Similarly, this applies to children in boxes," he added.

Article 259 of the Criminal Code of Ukraine says a deliberately hoax bomb alert is punishable with up to six years for such "pranksters".