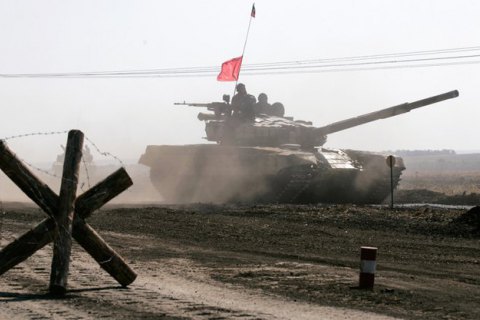 Almost half of Ukrainian citizens are ready to support the granting of autonomy to the uncontrolled territories of Donetsk and Luhansk regions as part of Ukraine for the sake of stopping hostilities in Donbas, according to a survey whose findings were presented at a news conference hosted by Interfax-Ukraine.

The survey was conducted by the Yaremenko Ukrainian Institute of Social Studies and the Social Monitoring centre from 13 to 21 June.

Some 49.5% of the respondents answered that they would support autonomy, including 29.1% of those who were likely to support it and 20.4% would definitely support it.

There are 30.7% of the respondents are not ready to support autonomy (17.5% would definitely not support it and 13.2% would rather not support it). Some 19.8% found it difficult to answer the question.

Earlier, this research group also conducted a survey to identify the leaders of the early parliamentary election campaign. According to it, five parties are likely to make it to parliament: the Servant of the People, 45.3%, Opposition Platform-For Life, 12.1%, Fatherland, 8.8%, European Solidarity, 8.4%, and Voice, 6.8%.