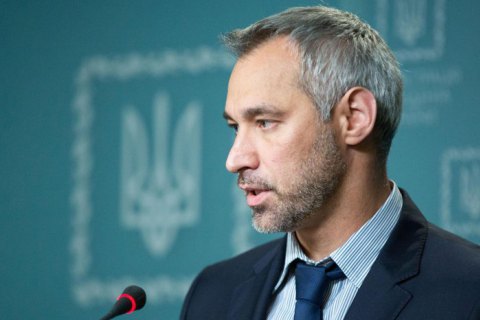 Ruslan Ryaboshapka, a deputy head of the presidential administration, has denied putting pressure on judges as the head of the Council of Judges, Oleh Tkachuk, alleged earlier in the day in an exclusive commentary to LB.ua.

“How can I put pressure (on judges - LB.ua) by the fact that I met Butenko (deputy head of the Council of Judges - LB.ua)? What Tkachuk said was a statement by a group of people who in the past took control of the judicial system and are trying to keep it under control. Last week, the president said that we would review judicial reform and, obviously, the people got somewhat scared of losing control," Ryaboshapka said.

“I never called Tkachuk or the judges,” he added.

According to him, he met Butenko because he is on the working group which will analyse judicial reform of the previous administration. “Obviously, there is no point in having the heads of the judiciary in the working group because the interests of judges of local courts and the Supreme Court have different interests,” he said, adding that the group’s composition is still being agreed.

During a meeting of the Council of Judges today, Oleh Tkachuk complained of attempts to put pressure on judges by officials from the administration of Volodymyr Zelenskyy. He reported this to police.