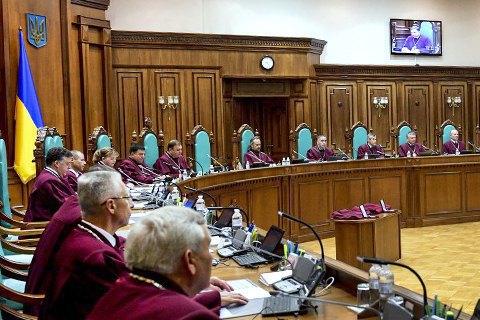 The Constitutional Court of Ukraine has recognized as constitutional President Volodymyr Zelenskyy's decree to disband parliament and schedule a snap election.

The Constitutional Court arrived at this conclusion at a meeting behind the doors on 20 June, Ukrainian News has reported, quoting its source. LB.ua has received another confirmation from other sources.

MP Mustafa Nayem also broke the news on Telegram. He noted that 11 judges of the Constitutional Court voted for the decision to recognize the president's dissolution decree as legitimate while five judges voted against it.

Zelenskyy announced the dissolution of parliament right after his inauguration. The formal reason is the absence of the parliamentary coalition. He scheduled a snap election for 21 July.

However, several MPs of the People's Front, a member of the formally existing coalition, challenged his decree in the Constitutional Court.

The regular election would have been held on 27 October 2019.