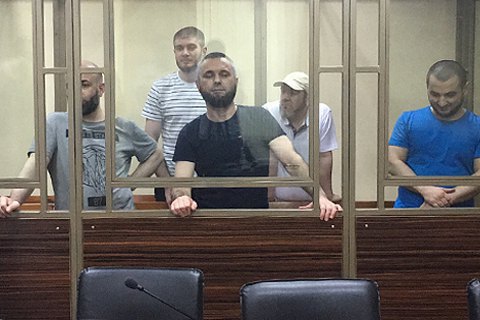 The North Caucasian district military court in Russia's Rostov has sentenced five Crimean Tatars within the first Simferopol case of the Hizb ut-Tahrir pan-Islamic movement, which is banned in Russia but not in Ukraine, Crrimean Solidarity NGO has reported.

In 2016, the Russian occupying authorities began persecuting members of Hizb ut-Tahrir in Crimea, which is part of Ukraine illegally seized by Russia.

Four residents of Sevastopol have already been sentenced to different terms of imprisonment. The "organizer" of the cell, Ruslan Zeytullayev, was sentenced to 12 years in a maximum security colony while others to 5 years in a general regime colony.

Their lawyers see the Hizb ut-Tahrir case as persecution for religion.