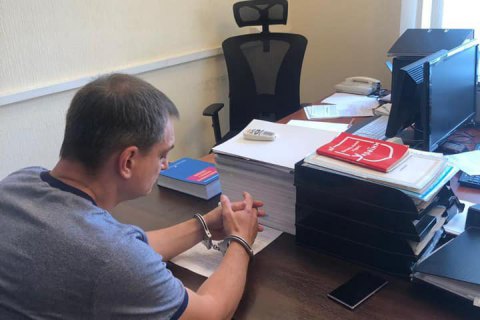 The Prosecutor General's Office (PGO) and the Security Service of Ukraine (SBU) have detained the head of the so-called central electoral commission of the self-proclaimed Donetsk People's Republic (DPR), Roman Lyahin, Prosecutor-General Yuriy Lutsenko has said on Facebook.

Lyahin was involving in organising the so-called "referendum" in 2014.

"The PGO and the SBU have detained the head of the DPR central electoral commission who in May 2014 organized and conducted the so-called DPR referendum. He is suspected of high treason," Lutsenko said.

In March 2019, the SBU denied reports that Lyahin had turned himself in under its "They are waiting for you at home" programme.

The SBU said then that a court was considering Lyahin's high treason case in absentia.