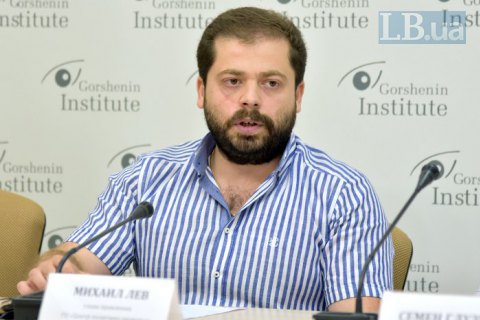 Progress in the economy is impossible without taking financial schemes from the shadows since, according to the most conservative estimates, the budget is losing over 280bn hryvnyas due to them annually, lawyer Mykhaylo Lev, who is also the board chairman at the Centre for Political and Legal Studies, has said at a roundtable at Gorshenin Institute.

“We do not need to invent a new complex economy. Instead we should raise what is being plundered now, that is billions of hryvnyas of internal resources. We have analysed the figures: because of smuggling and violation of customs rules alone, the Ukrainian budget loses 110bn hryvnyas annually, offshore schemes - 65bn, tax evasion in the financial sector – 35bn, the shadow land lease market – 40bn, VAT minimization schemes (laundering centres) – 20bn, counterfeit goods - 10bn. If we remove these schemes alone from the shadow and fill the budget, it will amount to 280bn already," he said.

On the other hand, investment as an external resource that should come to Ukraine, given its potential, does not do so, unfortunately, the expert said.

"In 2018, the Ukrainian economy received 2.6bn dollars in direct investments. This is negligible. Why not invest in Ukraine? According to the latest research conducted by Dragon Capital, the main reason is not the military conflict but the absence of trust in law enforcement and judicial system. That means that now the [President Volodymyr] Zelenskyy team should focus all its efforts on the real reform of these particular sectors," Lev added.

According to the expert, Zelenskyy may benefit from creating an expert legal council under his auspices. Such a council should bring together former ministers, deputy ministers, judges, experienced constitution experts and other reputable professionals who are interested not in jobs but in sharing their expertise and advice.