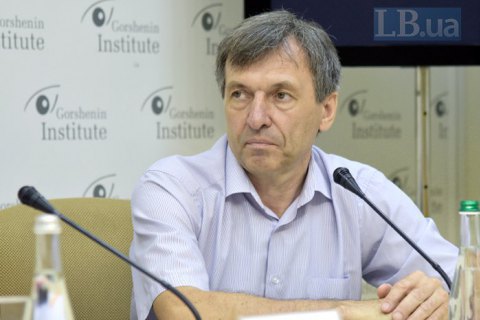 Simplified populist policy practised by the new president's team makes it impossible to carry out economic reforms in the near future, lawyer Mykola Siryy, a senior researcher at the Institute of State and Law of the National Academy of Sciences of Ukraine, has said at a roundtable at Gorshenin Institute.

"Solving complex tasks, including economic ones, requires relying on a new quality policy, a complex and effective one. However, if we analyse the processes that are taking place today, we are moving towards a simplified policy. An opinion that the only administration tool is voting by the parliamentary majority is being established in society. But this is not so," he said.

In his opinion, to improve the life of society, one should demonstrate the ability to concentrate resources: human, technological and innovative ones.

“We have a serious problem in that the wrong people control the processes that can give results. Zelenskyy and his team should actively discuss the most important problems with various professional environments and society. But we have seen how the president communicates with parliament," he added.

In his opinion, if Ukraine is moving in line with the populist policy, we must honestly admit that in the next few years the country will have no prospects for effective economic reforms.

"To say that the government is bad and it should go away is a very simplified management and political structure. First of all, the society must be told what the problem is. Why has Ukraine not taken more drastic economic steps over the past two years? Although 2014-15 were shock years, we have been obliged to develop the economy more rapidly and dynamically at least since 2017. New political teams should explain why this did not happen," Siryy said.

According to him, Ukraine has the potential to achieve and maintain GDP growth at a level of 10-12% annually for a long time.