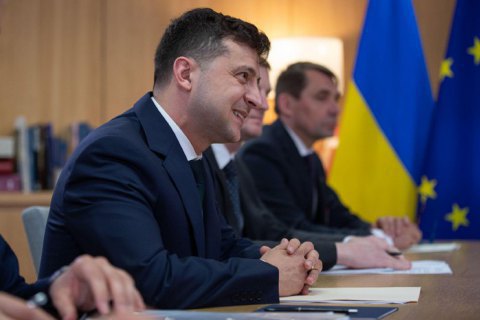 Ukrainian President Volodymyr Zelenskyy will visit France and Germany next week, according to Interfax-Ukraine.

On 17 June, he plans to meet French President Emmanuel Macron in Paris.

The next day he will be in Germany to meet Chancellor Angela Merkel and President Frank-Walter Steinmeier, German government spokesman Steffen Seibert said.

This will be Zelenskyy's first meeting with Merkel.

"They have already spoken over the phone but have not met," Seibert added.

This will be the second foreign visit by the new Ukrainian president. On 4-5 June, he visited Brussels to meet EU and Nato leaders.