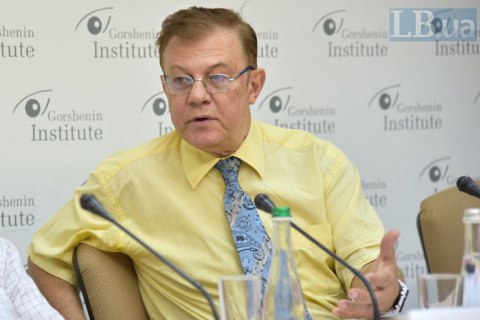 After the coming election, a future parliament risks becoming one-sided, which hinders the principle of the observance of power, participants in a roundtable at Gorshenin Institute have said.

In particular, Dr Volodymyr Lanovyy, president of the Centre for Market Reforms, suggested President Volodymyr Zelenskyy is seeking to "create his own parliament and his own government".

"Zelenskyy is going to create his own parliament and his own government. If parliament becomes one-sided again, the president will get the idea that he is the divine governor on earth - there will be no responsibility. If I were the president, I would like to have a parliament that objectively reflects the system of social needs of society to be able to meet them. The joy of getting a majority in parliament is very dangerous," Lanovyy said.

At the same time, lawyer Mykola Siryy said that the principle of the partition of power is not respected in Ukraine.

"Now the Constitutional Court is considering the issue of constitutionality of the presidential decree on parliament dissolution. The discussions raised all the issues that could be raised, but they missed the main thing - was the principle of the partition of power respected in this decree? Our economic possibilities lie precisely in the domain of the partition of power. The balanced functioning of various branches of power is the basis for the stable democratic development of a modern open economy," Siryy added.