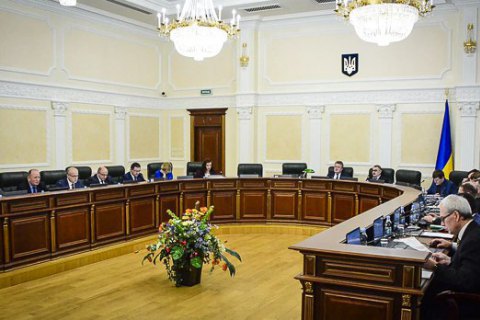 Vasylenko said at a council meeting today that he has challenged Zelensky's decree in the Supreme Court.

"To ensure the impartiality and unbiasedness of the court, I have also filed a request for an unpaid leave. I do not consider it possible to be in the deliberation room," he said.

According to the head of the Supreme Justice Council, Volodymyr Hovorukha, the council is still authorised to perform its functions in the absence of two members.

President Poroshenko appointed Isakov and Vasylenko members of the council based on the results of the competition.

Zelenskyy overturned this decree and issued instructions to form a commission to select new candidates for council members.

The Supreme Justice Council consists of 21 members, of which 10 are elected by judges, another 10 by the president of Ukraine, parliament, the congress of lawyers, the conference of prosecutors, and representatives of law schools (two members each).