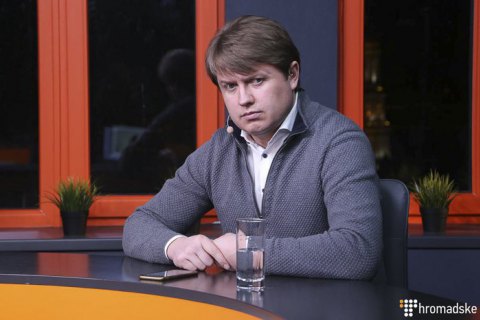 The president's representative in the government, Andriy Herus, has said that Volodymyr Zelenskyy never gave any direct promises to lower utility tariffs for households "in order not to look like a populist".

“Zelenskyy directly never promised to reduce tariffs, although we all understand and he understands that this is a problem. If you look at what Zelenskyy said in the video clip about tariffs, he said that it was necessary to increase gas production, investment and export development. Then the price of gas in our country will fall by 20-30% or maybe more," Herus said.

He refused to predict when such a reduction can take place.

During his election campaign, Zelenskyy spoke about utility tariffs, "the problem that deeply worries the people of Ukraine".

According to polls by the Kyiv International Institute of Sociology, above all, Ukrainians expect the president to lower utility tariffs.

After Zelenskyy was elected president, his election HQ spokesman Dmytro Razumkov said that the reduction of utility tariffs was not a responsibility of the head of state. He also said that now "there is no possibility" to end the war in eastern Ukraine and stop the Russian aggression although these were the two key claims Zelenskyy had against President Petro Poroshenko during the election campaign.