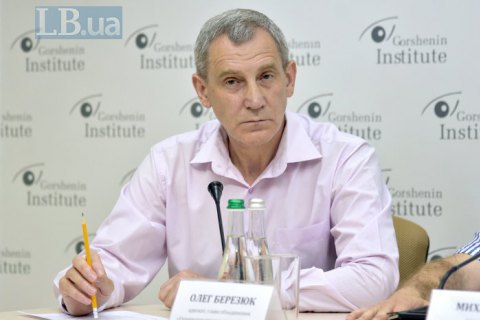 President Volodymyr Zelenskyy needs to form a strong institution of advisers, lawyer Oleh Berezyuk, the head of the Ukrainian Law Society, has said at a roundtable at Gorshenin Institute.

“If Zelenskyy really wants to implement the programme he was talking about - to make Ukraine prosperous, he must bring together people with critical thinking who can offer creative ideas to tackle the situation. Take, for example, the experience of China, where the institution of advisers is a common practice but these advisers should not be from among his friends or classmates, but from among experienced experts," Berezyuk said.

The lawyer suggested that such specialists should be able to go directly to the president with their proposals.

"If there is political will, we are able to propose any economic reforms and make them effective by joint efforts of politicians, lawyers, economists," Berezyuk said.

According to him, socio-political stability and legal certainty are the most important conditions for economic reform in Ukraine.

"Legal certainty ensures the effective judiciary. And this is not only about courts but also the law-enforcement system and lawyers. These structures should interact and then Ukraine will become a law-governed state," he concluded.