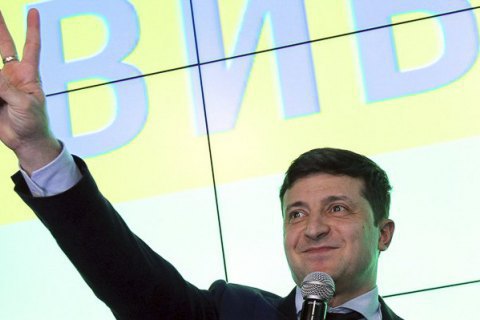 Half of Ukrainians polled are satisfied with the performance of Ukrainian President Volodymyr Zelenskyy, while 14% of respondents are of the opposite opinion, according to a survey conducted by the Rating sociological group on 8-12 June. Another 38% of respondents have failed to make up their mind about the new head of state.

According to UNIAN, some 22% said that the work of Ukrainian Prime Minister Volodymyr Groysman is satisfactory, whereas 65% pointed out that it is poor. Almost 90% of the polled Ukrainians are dissatisfied with the work of Ukraine's parliament, while a mere 5% consider it to be good.