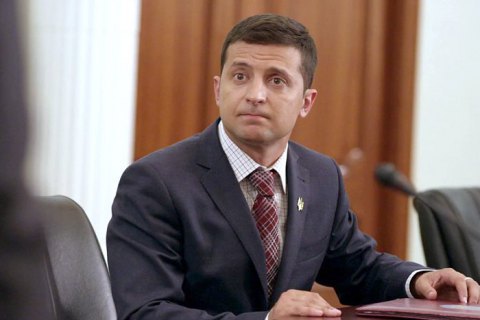 President Volodymyr Zelenskyy has met businessman Rinat Akhmetov they discussed investment rather than politics, the president has said at an informal meeting with the media at the presidential administration, according to Ukrayinska Pravda.

"Yes, I have met Akhmetov. The meeting has already taken place," he said.

Asked what they discussed, he answered: "I will say it tomorrow. Tomorrow because tomorrow we have a meeting with the Ukrainian business. And I want to report what we have said and what we insisted on and will continue to insist on."

"This is a lot of things. This was not political stuff, no deals. Everyone knows that we are about to cancel Rotterdam+ [coal price formula], everyone knows about it - and it will happen. And there will be demonopolisation - and Mr. Akhmetov heard it, DTEK, I mean. And everyone generally understands this," Zelenskyy said.

"But there is another side: for each one of us it is very important now to invest money in Ukraine. Our big businessmen have become rich here, in Ukraine - therefore now, it seems to me, we need to return all this money and invest in Ukraine," he added.

During his visit to Berlin on 18 June, Zelenskyy promised to personally control the process of attracting German business to Ukraine .