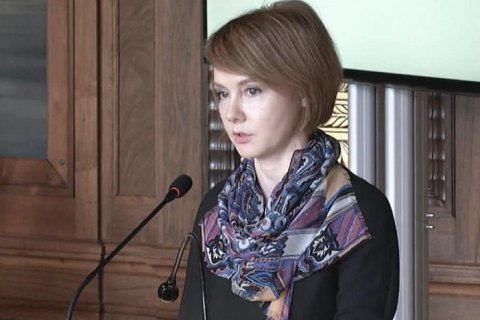 Ukraine has warned European nations to prepare for a gas crisis amid skepticism it will agree on a new transit contract with Russia before the current deal expires, Bloomberg has reported quoting Ukrainian Deputy Foreign Minister Olena Zerkal.

It is "highly probable" that a new accord will not be concluded by 1 January 2020, when the current agreement ends, according to Zerkal. That echoes skepticism by the nation’s gas company this week for a deal on shipping fuel from Russia, Europe’s biggest supplier, to regional consumers through the linchpin transit country.

"While Russia holds off the negotiations on future contract, the gloomy scenario of a gas crisis shall be considered seriously," Zerkal said by telephone from The Hague. "That is why every European nation, including Ukraine, is increasing gas stock in storage sites."

More than a third of Europe’s gas comes from Russia, and most of that goes through Ukraine’s Soviet-era pipelines. Ukraine has proposed that the European Union store as much as 4bn cu.m. of gas in its underground storage facilities to guarantee security of supply for eastern European countries heavily reliant on Russian gas, the pipeline operator Ukrtranshaz said this week.

The 10-year transit contract between Naftogaz Ukrayiny and Russia's Gazprom expires on 1 January 2020. Gazprom has not been seeking a new transit contract with Ukraine. Instead it has been promoting the Nord Stream 2 and Turkish Stream projects.

Naftogaz considers it likely that Gazprom will no longer transport gas across Ukraine in 2020 after it completes the Nord Stream 2 pipeline.