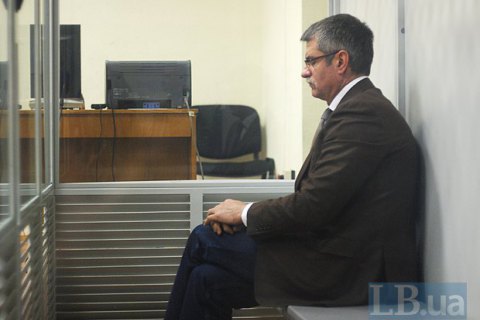 A district court in Kyiv has released from custody the former head of the Security Service of Ukraine (SBU) directorate in Kyiv and the region, Oleksandr Shcheholev, who is accused of crimes against participants in the large-scale antigovernment protests in 2014, known as Maydan, an Lb.ua correspondent has reported.

The court placed him under 24-hour house arrest, the lawyers of some Maydan participants said on Facebook.

“Shcheholev’s lawyers filed a motion to change the preventive measure before the meeting, referring to the decision taken by the Constitutional Court on Savchenko’s motion. A large motivational part was taken from there,” the prosecutor in the case, Oleksandr Suprun, said.

On 25 June, the Constitutional Court declared unconstitutional the provision of Article 176 Part 5 of the Criminal Procedural Code, which states that a softer than detention punishment cannot apply to those suspected of terrorism, crimes against the foundations of the national security of Ukraine, or obstruction to the activities of the Armed Forces. The relevant decision was made by the grand chamber of the Constitutional Court of Ukraine on the constitutional complaint of citizens, including MP Nadiya Savchenko and the former head of the court of appeal of the Autonomous Republic of Crimea, Valeriy Chornobuk.

Shcheholev is accused of managing the crackdown on Maydan on 18-20 February 2014 when the Trade Union House was set on fire. Twenty people were killed and over 200 were wounded.