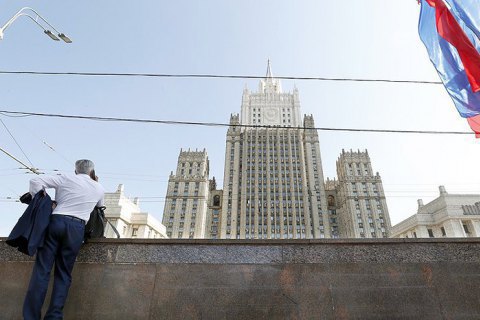 Russia did not comply with the order of the International Tribunal for the Law of the Sea and put forward an unacceptable condition to the release of Ukrainian sailors it detained off the Kerch Strait in November 2018, the Ukrainian Foreign Ministry has said in a statement.

"On 25 June, the Foreign Ministry of Ukraine received a note from the Russian Foreign Ministry, which cynically suggests that Ukraine should give written guarantees that it will continue to participate in the criminal prosecution of the Ukrainian sailors in accordance with Russian legislation. We consider Russia's unacceptable and escalating the dispute between Ukraine and Russia about the immunity of warships. The Ukrainian side has already informed the International Tribunal for the Law of the Sea accordingly," the Ukrainian Foreign Ministry said.

Foreign Minister Pavlo Klimkin said on Facebook that the Russian Federation is trying in this way to force Ukraine to recognise the prosecution that is being conducted against our sailors and indirectly the occupation of the Crimea. "This is not going to happen," he promised.

On 25 November 2018, Russian security forces seized three Ukrainian warships in the neutral waters of the Black Sea. The crew of two boats and a tug (24 people) were taken to occupied Simferopol and arrested. The next day, the sailors were transported to Moscow, where they have been held in custody ever since.

On 25 May 2019, the UN International Tribunal for the Law of the Sea decided that Russia should release all Ukrainian sailors who were captured in November 2018 and return the three ships. The tribunal ordered it to report on the implementation of the ruling within a month.