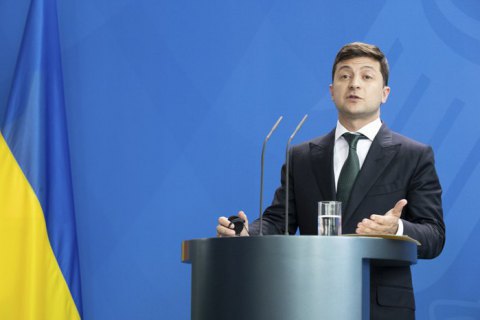 President Volodymyr Zelenskyy has said that he has not seen the Foreign Ministry's response to the Russian note suggesting Ukraine should prosecute its 24 sailors under Russian legislation if Moscow releases them from custody. The Ukrainian Foreign Ministry said a condition like this is "unacceptable".

Speaking at a briefing in Kyiv on 27 June, Zelenskyy called on Russian President Vladimir Putin to release the sailors attacked and detained by the Russian FSB near Crimea in November 2018.

"I want to appeal to President of the Russian Federation Vladimir Putin: we all have children, return the children to their parents," Zelenskyy said.

The president is outraged that the Foreign Ministry had sent its response to Russia "without his knowledge" and added that he had "never seen" the document sent to the aggressor. The head of state is also unhappy that he "learns about foreign policy moves from the Internet."

The International Tribunal for the Law of the Sea ordered Russia to release and return the 24 Ukrainian sailors by 25 June. Russia refused to comply, saying it does not recognize the court's jurisdiction.