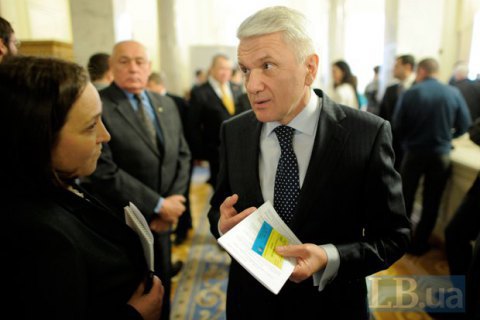 Former parliament speaker Volodymyr Lytvyn has denied reports about his pending appointment as Ukraine's permanent representative to the EU.

"Let me start by saying that I am not good terms with English and you cannot do without it on this job. Spanish is my thing much more, I studied it in the university," Lytvyn said.

He added that he could have agreed to take on this job had been warned "several years in advance".

"Had they told me about this prospect five years in advance, maybe five years later I would have agreed and got to the core of English," he said.