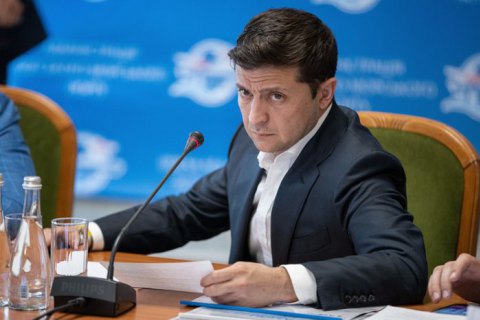 President Volodymyr Zelenskyy has expanded the National Security and Defence Council (NSDC) to include the chief of the Foreign Intelligence Service, Vladyslav Bukharyev, and the head of the State Financial Monitoring Service, Ihor Cherkaskyy.

The NSDC now also includes the head of the president's office, Andriy Bohdan, and his two deputies, Vadym Prystayko and Ruslan Ryaboshapka.

On 31 May, the president approved a new composition of the NSDC, having included six members of his team in it and Finance Minister Oksana Markarova. There are still several members who were appointed by President Petro Poroshenko.