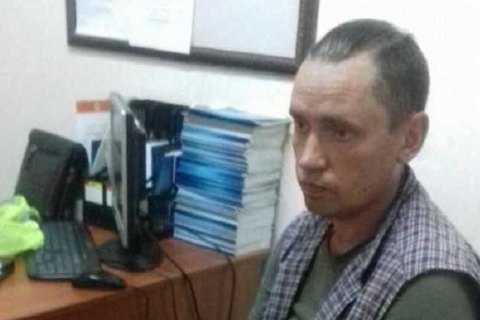 Kyiv's Dniprovskyy district court has arrested ex-serviceman Oleksiy Belko, who is suspected of hooliganism with the use of small arms. He may go out on bail of 288,000 hryvnyas (about 11,800 dollars).

If the bail for Belko, who allegedly threatened to blow up the Subway Bridge in Kyiv on 18 September, is posted, he will be placed under house arrest and wear an ankle monitor.

Prosecutors asked the court to arrest him for two months without bail because he has no permanent place of residence.

Interior Minister Arsen Avakov and MP Yana Zinkevych suggested they could vouch for him.

Belko pledged he would not violate law "because all he wanted to do, he has already done". He said he does not abuse alcohol or narcotics. He admitted he was under the influence of painkillers on the day of the incident. He also said that he was on the edge because of "permanent surveillance".