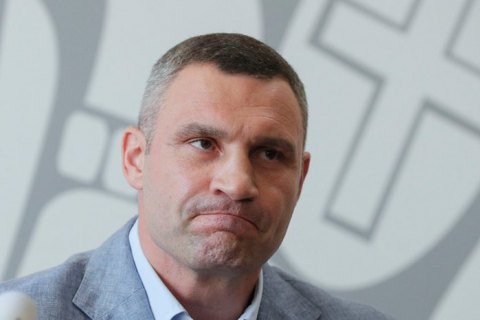 Kyiv mayor Vitaliy Klitschko has asked parliament to disband the city council of the eighth convocation and call an early local election.

"We see there is no quorum, i.e. not everyone is ready to work, and therefore I ask parliament to disband the city council of the eighth convocation and appoint an early election in Kyiv," Klitschko said after a signal vote in the city council to determine the number of councillors in the session hall.

Only 38 members were registered in the session hall, while at least 61 are needed for a session to begin. Thus, there is no quorum for opening the meeting, which was postponed since last Thursday for the same reason.

Klitschko said after a long break, the city council has to start addressing vital issues today, in particular, social benefits and preparations for the heating season. He thanked those members of the city council who came to work on 19 September.