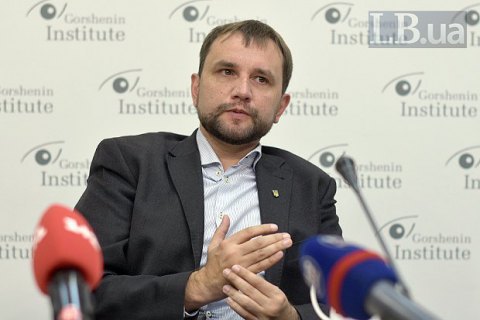 The Cabinet of Ministers has dismissed the director of the Ukrainian Institute of National Memory, Volodymyr Vyatrovych.

He told LB.ua that it was no surprise for him.

"The dismissal has been prepared in advance. I have personally discussed this issue with Prime Minister Oleksiy Honcharuk, whom I have known well since Maydan. He personally assured me that the Institute will retain all its profiles that have been developed over these five years," he said.

The Institute's budget for next year is the same as in the previous years.

Vyatrovych said that his successor would be selected on a competitive basis.

Vyatrovych was put in charge of the Institute in March 2014. In 2008-2010, he headed the archive of the Security Service of Ukraine (SBU). Under his management, many of the previously classified archives were opened to the public.