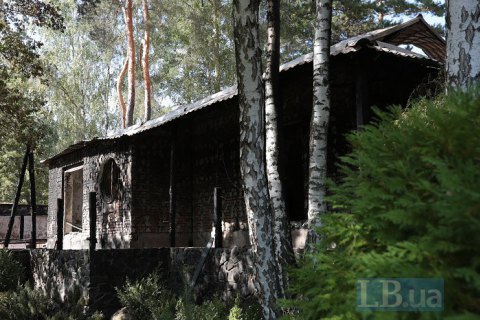 The house of a former chief of the National Bank of Ukraine (NBU), Valeriya Hontareva, has burnt down as a result of an arson, the police have ruled upon checking video surveillance footage.

"On the surveillance video, we see an unknown man who threw some two suitcases over the fence and then threw an explosive device which set these suitcases on fire. The fire spread to a nearby pergola and then to the whole house," the spokesman for the National Police in Kyiv Region, Mykola Zhukovych, said, according to Hromadske.

He added that police do not know what was in the suitcases yet. They are in search of footage from other video cameras which may have caught the criminals.

Hontareva is currently based in Great Britain because she was employed by the London School of Economics after she stepped down as NBU governor.

In late August 2019, Hontareva was hit by a car in London and had to be admitted to hospital. She will have to undergo a long rehabilitation course.

In early September 2019, a car of Hontareva's daughter-in-law burnt down in central Kyiv.

On 12 September, the State Bureau of Investigation stormed Hontareva's flat in Kyiv.

Hontareva said that if she was "further harassed", she would request political asylum in Great Britain.