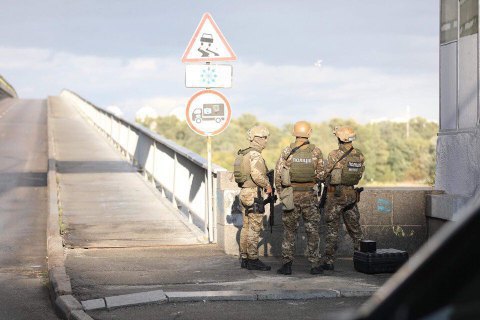 Police have disarmed the man who threatened to blow up the Subway Bridge in Kyiv, an LB.ua correspondent has reported.

An APC with a special-purpose police team rolled towards the man. He raised his hands and later lay down on the pavement.

There is no information about any casualties during the special operation.

Several hours earlier, the man identified as 42-year-old Oleksiy Belko from occupied Crimea stopped his car on the Subway Bridge and started shouting that he would blow it up. He made several "warning shots" in the air.

The subway and automobile traffic on the bridge had to be stopped, which caused especially heavy traffic jams across the city. Special troops were deployed in the area.