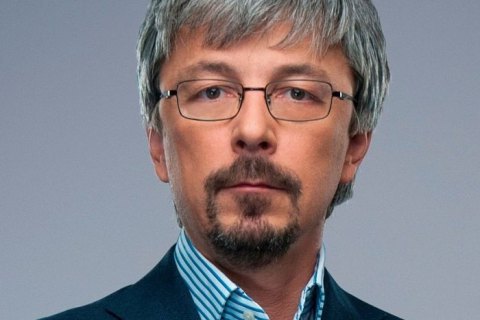 The head of the parliamentary committee for humanitarian and information policy, the former director-general of One Plus One TV, Oleksandr Tkachenko, has asked Prime Minister Oleksiy Honcharuk to initiate the general performance audit of Kyiv city head Vitaliy Klitschko and the Kyiv city state administration.

"I would very much like the robbers who plundered Kyiv’s money to go to jail. As an MP and Kyiv resident, I have turned to Prime Minister Oleksiy Honcharuk with an MP request to initiate a general audit of the activities of Kyiv mayor V. Klitschko, the Kyiv city state administration and subordinate structures. An audit that was planned back in Groysman’s time but has never been conducted," Tkachenko said on Facebook.

According to him, all previous checks revealed "massive financial irregularities and budget abuses" in the mayor's office.

"Almost 200 criminal cases against officials of the Kyiv city state administration, already at Klitschko's time, have never brought to completion. Not a single thief is behind bars," Tkachenko added.

On 4 September, the Cabinet of Ministers approved Klitschko's dismissal as head of the Kyiv city state administration.

Parliament of the previous convocation asked the Constitutional Court to explain whether the president can appoint someone other than Kyiv's mayor as head of the city state administration.