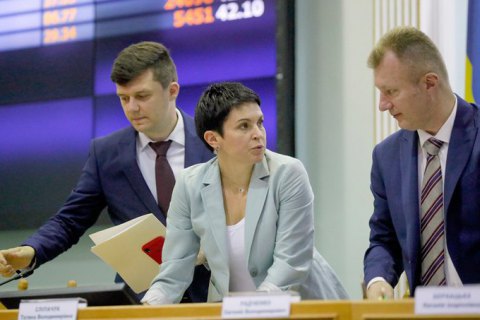 The decision was taken by 341 MPs including 244 members of the Servant of the People, 33 members of the pro-Russian Opposition Platform-For Life, 20 members of Fatherland, 15 representatives of the For Future group, and 29 unaffiliated MPs. Holos (Voice) and European Solidarity did not support the dissolution of the CEC.

All 16 members spearheaded by Tetyana Slipachuk have been dismissed.

All of them were appointed to the post less than a year ago, 20 September 2018.

Zelenskyy's resolution says the CEC has showed political bias on more than one occasion, in particular in two constituencies (No 169 and 198) where his party's candidates failed to get elected to parliament.

Members of the CEC are appointed for seven years.