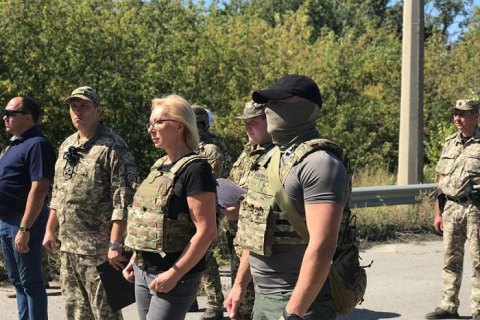 Ukraine has recovered 54 convicts who have been serving their terms in correctional facilities in the areas of Luhansk Region occupied by Russia, Ukraine's ombudsperson Lyudmyla Denisova has said on Facebook.

She said that the youngest convict is 26 years old while the oldest one is 61 years old.

The convicts used to live in Luhansk, Donetsk, Kharkiv, Zaporizhzhya and Kirovohrad regions and in Kyiv.

One of the convicts will be released today because his jail term has just expired, she added.

Separatists have also handed over 10 criminal cases which the convicts can use in court to appeal their sentences.

"The right of these citizens to free access to justice will be restored," she said.

Since December 2018, Ukraine has recovered 373 convicts from Luhansk Region and 13 from Donetsk Region, of whom 105 have been released.

"I would like to stress that the work in this direction continues and is under the personal control of Ukrainian President Volodymyr Zelenskyy," she said.

Sixty convicts were transferred to the government-controlled territory from Luhansk Region in May.