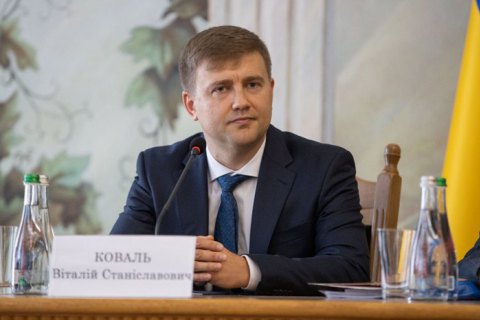 President Volodymyr Zelenskyy has appointed Vitaliy Koval new head of the Rivne regional state administration. He is the president of the Greco-Roman Wrestling Federation and director of VVV Montazh, a concrete company.

Zelenskyy introduced the new official during his visit to Ostroh.

The president said that he was to tackle such problems of the region as bad signal, illegal felling of trees and amber extraction, and a large number of shadowy filling stations.

The previous head of the regional state administration, Oleksiy Mulyarenko, held the post from 28 April 2016 to 24 June 2019.