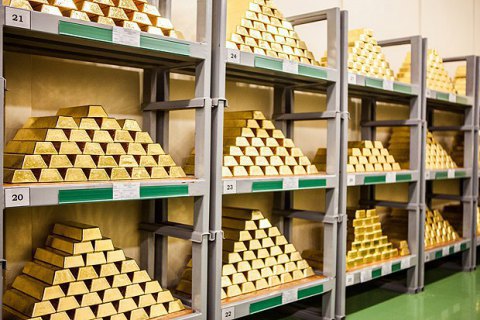 In August, Ukraine's international reserves exceeded $22bn for the first time since 2013. As of 1 September, they reached an equivalent of $22.015bn, the National Bank of Ukraine has said.

Three main factors defined the dynamics of the reserves.

First, the favourable situation in the foreign exchange market continued. This had to do with positive pricing for Ukrainian exports, high grain yield and moderate imports, despite the weakening influx of foreign investment in government securities. These factors caused the excess of currency supply over demand and allowed the National Bank to replenish international reserves by $299.4m.

Second, the dynamics of the reserves was determined by public debt management. Over the past month, the government and the NBU paid $257.5m on debts in foreign currency.

Third, the revaluation of financial instruments (changes in the market value and the hryvnya exchange rate against foreign currencies) led to an increase in their value by $132.9m.

As of 1 September 2019, the volume of international reserves covers 3.5 months of future imports, which is enough for Ukraine to fulfil the obligations and the current operations of the government and the NBU.