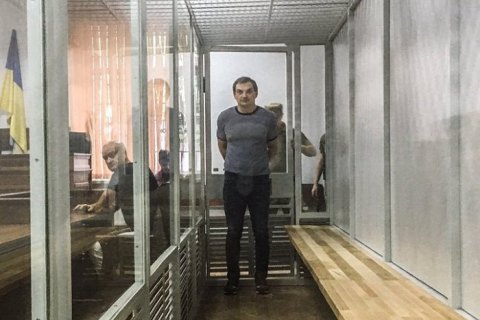 A former "head of the DPR [self-proclaimed separatist Donetsk People's Republic] Central Electoral Commission", Roman Lyahin, has started talking to law enforcers, a prosecutor of the Main Military Prosecutor's Office, Maksym Komarnytskyy, has said in court, according to Ukrainian News.

"He is currently testifying in the framework of criminal proceedings," the prosecutor said.

Komarnytskyy did not specify who Lyahin had mentioned in his testimony.

The Security Service of Ukraine (SBU) and the Prosecutor-General's Office detained Lyahin in Kyiv on 14 June. He was arrested for 60 days and denied bail.

On the morning of 3 September, Kyiv's Shevchenkivskyy district court failed to start considering the case on time because Lyahin's lawyers said that they had not finished familiarizing themselves with the case files. The court session was postponed until 1 November.

Lyahin was in charge of the separatist election commission during the 11 May 2014 "referendum". He declared Oleksandr Zakharchenko elected leader of the DPR. From 16 May to 26 September, Lyahin was the "minister of labour and social policy" in the DPR.

From September 2014 to April 2016, Lyahin was in charge of the DPR "Central Electoral Commission" again. Zakharchenko dismissed him from the post "over activities incompatible with the post", in particular negligence, abuse of discipline and personal enrichment.