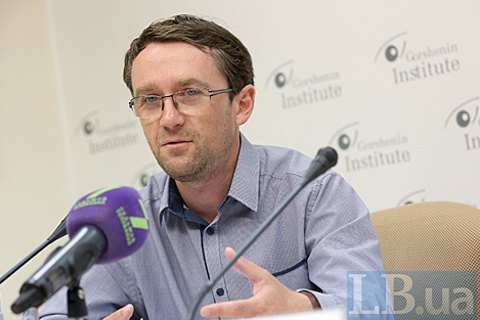 A 40% GDP growth over five years, as promised by Prime Minister Oleksiy Honcharuk, is fraught with huge budget spending, according to Concorde Capital.

"If the government after all delivers on the economic growth target, in 2022-2026 alone Ukraine will have to pay around $9bn to the holders of warrant bonds which were issued to the tune of $3.24bn (that is exactly the amount of the state and Kyiv debt which was "written off" in 2015)," the head of Concorde Capital's analytical department, Oleksandr Parashchiy, said on Facebook.

In 2015, in order to persuade lenders to restructure the state debt, Arseniy Yatsenyuk's government issued securities (warrant bonds) payments on which depend on economic growth. The idea of this deal belonged to then Finance Minister Natalie Jaresko, who also conducted the negotiations.

Payments begin in 2021, provided that Ukraine's nominal GDP exceed $125.4bn as of 2019, and the economic growth rate reaches 3%. In this case, lenders will receive up to 15% of the amount of GDP growth over the specified amount. If the Ukrainian economy grows faster than 4%, lenders will claim 40% of GDP growth. Until 2025, annual payments cannot exceed 1% of GDP, but after that there is no such restriction until 2040, which can result in large amounts of payments.

Parashchiy noted that large GDP automatically means large payments on warrants, but he does not believe in such a record growth.

"A 5% economic growth in 2020 and 7% per year in 2021-2024. I do not believe it, although I do not rule out that it is possible. Foreign investors also do not believe it - and that's good. Because if the government seriously sees the prospects for such growth, it needs to visit foreign investors holding our GDP warrants as soon as possible and offer them to exchange them for other securities (for example, eurobonds with a fixed coupon rate and long maturity),” the expert suggested.

Experts have long been suggesting that the Finance Ministry should buy back warrants from the market while they are cheap.

“Today, warrants are traded at only 88% of the nominal value, that is, theoretically, they could be bought today for $2.85bn, and then there would be no problem with a probable payment of $9bn in the next seven years alone. And the closer the prospects for Ukraine's economic miracle (provided that it happens) are, the more expensive that buyback will cost us," Parashchiy warned.