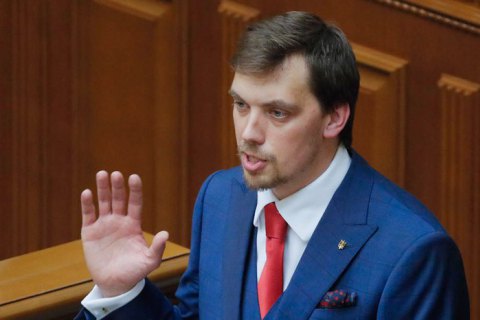 The mission of the International Monetary Fund (IMF) is expected to visit Ukraine on 10-24 September, Prime Minister Oleksiy Honcharuk has said, according to Interfax-Ukraine.

Asked about gas household tariffs, which has long been a stumbling stone in relations between the previous Ukrainian government and the Fund, he said that the government should not interfere in price making with its administrative decision, even in the case of fuel and energy.

"When a politician starts interfering in the price, this leads to inefficiency, corruption and populism," he said.

If some part of the population does not cope with the market price, he said, the state should help, up to the point of paying for the cost of this resource.

Honcharuk also noted that the figures in household bills are certainly a problem of the government, and it will take measures to avoid an increase in tariffs.

During his nomination for prime minister, he promised to continue negotiations with the IMF regarding a new three or four-year programme.