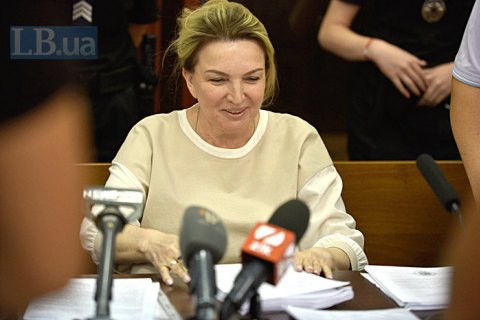 Former Health Minister Rayisa Bohatyryova has been released from a remand centre after MP Vadym Novynskyy bailed her out for 6m hryvnyas (0.24m dollars), her lawyer Dmytro Belyayev has told Ukrainian News.

He said that she is going to make prosecutors close a pretrial investigation into her case.

Bohatyryova, who fled from Ukraine five years ago, came back on 27 August after Kyiv's Holosiyivskyy district court had obliged the Prosecutor-General's Office to close the case against her.

She was charged with embezzlement of 63.5m hryvnyas during the purchase of significantly overpriced immunobiological medicines, medical devices and equipment in 2011-2013, as well as embezzlement of 279m hryvnyas, which was used in the first half of 2013 to purchase insulin from Indar.