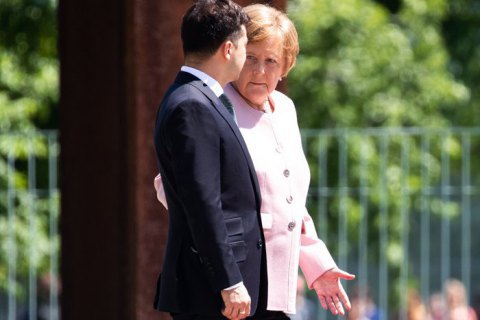 Earlier, he said that he and German Foreign Minister Heiko Maas discussed the prospects for a future summit in the Normandy Four format comprising France, Germany, Russia and Ukraine.

According to German government spokesman Steffen Seibert, Merkel and Zelenskyy spoke in favour of holding the summit in the near time.

"The chancellor and the president believe that the Minsk agreements must be implemented in full. They speak in favour of holding a Normandy summit soon," Interfax-Ukraine quoted Seifert as saying.

On 26 August, French President Emmauel Macron said that the next talks in the Normandy format would be held in September. He did not give the date however.