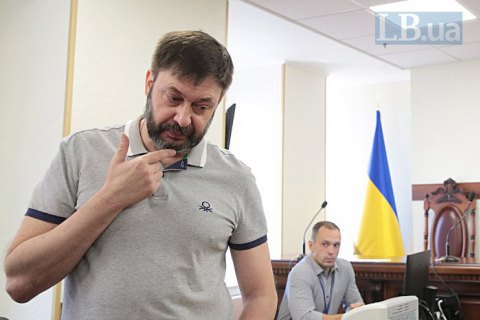 Kyrylo Vyshynskyy, editor in chief of the RIA Novosti Ukraine news agency, who is suspected of high treason, was released on personal recognizance as part of preparations for a "35 for 35" exchange, to which he agreed, the spokeswoman for the prosecutor-general, Larysa Sarhan, has said.

"Some say that Kyrylo Vyshynskyy refused to be possibly exchanged for political prisoners of the Kremlin. However, today a court changed the measure of restraint for Vyshynskyy as part of the preparations for a "35 for 35" exchange upon Vyshynskyy's own consent," she tweeted.

She also published a copy of a statement in which he confirmed his consent to take part in the exchange.

In particular, it says that Vyshynskyy confirms his voluntary participation in the mutual release of persons, is ready to be sent out of Ukraine and agrees to temporary discomfort affecting his free movement.

According to earlier media reports, Vyshynskyy was to be included in the exchange list being prepared by Russia and Ukraine.

There is no information at the moment on when an exchange can take place.

Earlier, Vyshynskyy said that he "had long refused from an exchange and had not changed his position".

He holds both Ukrainian and Russian citizenships.