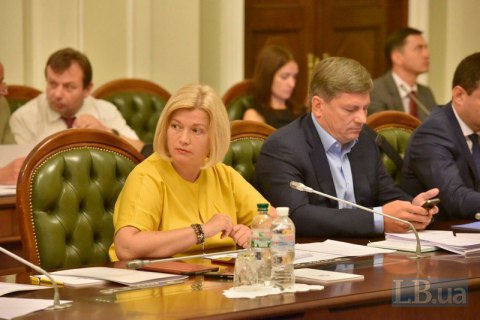 The European Solidarity party will be in opposition to the current authorities, the faction's co-chairperson, Iryna Herashchenko, has said at a parliament session.

“I want to say that the European Solidarity political force congratulates the winners of these elections and announces that today we are going into opposition to the ruling party but certainly not to Ukraine. Our political force will always take a very tough stance on protecting the territorial integrity, sovereignty of Ukraine, including within the parliament walls," she said.

She said that the European Solidarity will vote against today's appointments.

The European Solidarity party, previously known as Petro Poroshenko Bloc and BPP-Solidarity, was the ruling party for five years.