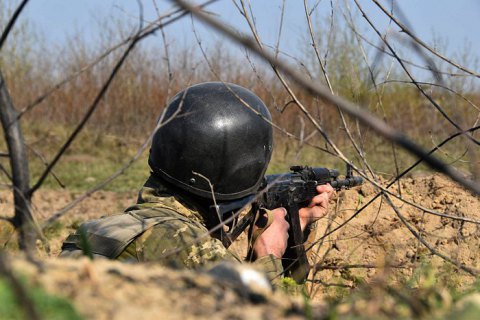 A Ukrainian serviceman was killed in combat in Donbas on 30 August, the Joint Forces Operation HQ has said on Facebook.

It added that he succumbed to wounds.

According to the Defence Ministry daily update, since midnight there have been four targeted attacks near Vodyane from the direction of occupied Uzhivka.

Pro-Russian militants first used small arms. A sniper was then spotted in the area. Then they fired four 82-mm mortar bombs and four 120-mm mortar bombs.

No Ukrainian servicemen were hurt amid 17 attacks by pro-Russian militants on 29 August.