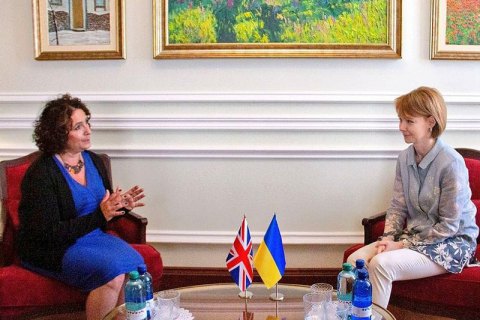 The new UK ambassador to Ukrane, Melinda Simmons, has handed her credentials to Ukrainian Deputy Foreign Minister Olena Zerkal, the UK embassy in Ukraine has said on Facebook.

Simmons has been appointed in succession to Judith Gough, who has been the ambassador to Ukraine since 2015.

He held various posts in the Department for International Development as deputy director in Europe, Middle East and North Africa.

She joined the Foreign & Commonwealth Office in 2013.