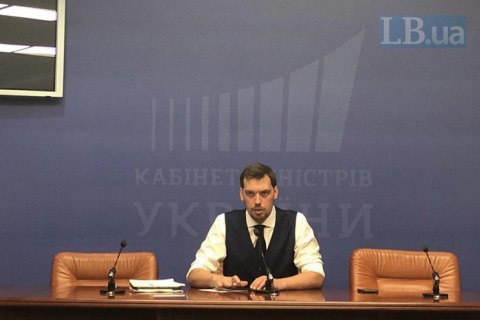 At its first meeting on 2 September, the newly-appointed Cabinet of Ministers liquidated the business protection department (BPD) of the National Police, Prime Minister Oleksiy Honcharuk has said.

"We have liquidated the economic part of the National Police. The BPD is gone, it is history now. Police should no longer intervene in business operations," he said.

According to Honcharuk, it was the first symbolic step to show that there would be no pressure on business any longer. Significant legislative efforts are to follow, he added.

Honcharuk added that the government expects amendments to the legislation to be passed in the coming months.

Back in 2017, Ukraine was going to create a Financial Investigation Service (FIS) which would replace the economic units of the National Police, the SBU and the tax police. The reform was halted by President Petro Poroshenko. He wanted to create a National Financial Security Bureau instead but parliament buried this idea.

The secretary of the National Security and Defence Council, Oleksandr Danylyuk, said that the new government has returned to the idea of creating a FIS. President Volodymyr Zelenskyy on 2 September instructed the government to develop a bill on the Financial Investigation Service to parliament before 1 October 2019 and have it passed before 1 December 2019.