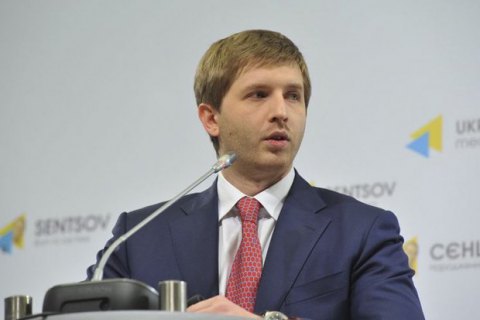 Kyiv's Solomyanskyy district court has authorised a detention of the former head of the National Commission for Energy and Utilities, Dmytro Vovk, the director of the National Anticorruption Bureau of Ukraine (NABU), Artem Sytnyk, has said.

Citing its source, Ukrainian News reported that Vovk was arrested in absentia, but Sytnyk said that was not the case.

He refused to say where Vovk is but confirmed that, according to NABU, the ex-official is abroad.

Sytnyk also added that as of 5 September, the Specialised Anticorruption Prosecutor's Office should refer its motions not to Kyiv's Solomyanskyy district court but to the Higher Anticorruption Court.

"Yesterday was the last day we could get resolutions from the Solomyanskyy court," he said.

In April, before he was declared a suspect, Vovk, his wife and children went to Belgium. He said that he would not return to Ukraine because he did not trust the law-enforcement and judicial systems.