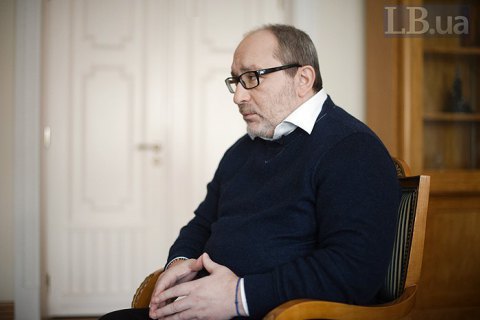 Kharkiv City Council will not file a lawsuit to limit the holding of the KharkivPride Equality March, mayor Hennadiy Kernes has confirmed by the phone to MediaPort.

"Why? Because we see that this is an event for which we need to ensure security. We cannot ban them," he said.

When asked if the city council is going to facilitate the march, Kernes replied: "Yes."

According to Anna Sharyhina, a co-organizer of KharkivPride, first deputy mayor Ihor Terekhov invited the organisers of the event for a discussion

"We were called into the office of the first deputy mayor, and he said that they would not file a lawsuit against us and that the city authorities would help us to ensure order during the event," she said

They did not explain their decision, she said.

"They said that they would cooperate, they would be in touch," Sharyhina added.

KyivPride is scheduled to be held on 9-15 September. It will include several discussions and educational events. A gay pride parade will be held on 15 September. On 2 September, Kernes asked a court to limit the event.

Two days later its organisers said that they were prepared to defend their case in court.