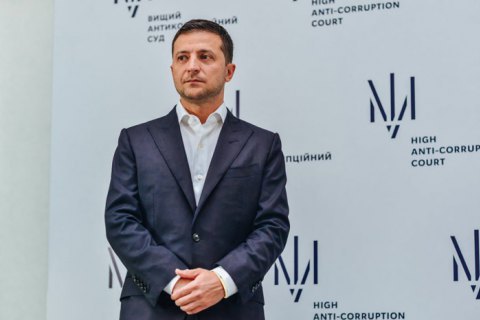 Ukrainian Foreign Minister Vadym Prystayko has said that President Volodymyr Zelenskyy will visit the USA to take part in the UN General Assembly on 23 September. He said this at a joint news conference with Moldovan Foreign Minister Nicu Popescu, according to Interfax-Ukraine.

"You know that we are going to the USA on 23 September," he said.

He added that the date of Zelenskyy's meeting with US President Donald Trump would be announced soon.

Zelenskyy was to meet Trump in Poland on 31 August and 1 September but the US president cancelled that trip because of the looming hurricane.