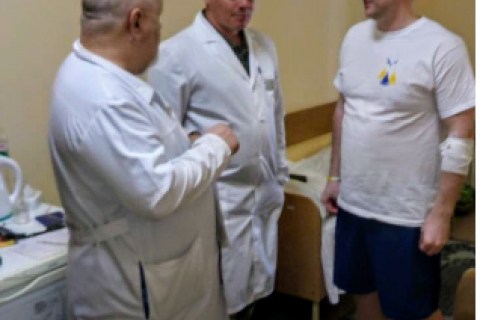 The Ukrainian sailors released by Russia on 7 September are in satisfactory condition, the Defence Ministry has said.

Doctors at the military clinical hospital checked on the sailors undergoing medical and psychological rehabilitation.

"The naval sailors released after being held captive by Russia have been examined as part of doctors' consultations, they have undergone the necessary examination and been prescribed phased treatment," it reported.

The Defence Ministry noted that the health condition of the Ukrainian sailors is satisfactory, but each of them needs time for treatment and examination. They are also assisted by psychologists and a military chaplain.

Eight Ukrainians released by Russia are being treated in the Feofaniya hospital.

One of those who requires separate treatment is Stanyslav Klykh. He has been sent to a special ward of the military hospital. Oleh Sentsov has not been to hospital yet.