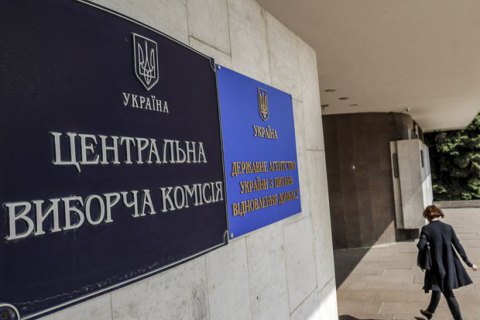 President Volodymyr Zelenskyy is planning to disband the Central Electoral Commission (CEC), Dzerkalo Tyzhnya has said, quoting its sources in the presidential office.

"According to our sources in the presidential office, the Supreme Council will disband the Central Electoral Commission in the near future. The presidential office has already prepared the head of state's motion with a demand to the Supreme Council to disband the Central Electoral Commission," Dzerkalo Tyzhnya said.

The president's motion has already been handed over to parliament for registration. The formal reason is the situation in election constituency 198 in Cherasky Region where a court cancelled the CEC's protocol on election results. According to the CEC, independent candidate Serhiy Rudyk won the election but a candidate from the pro-presidential Servant of the People party, Natalya Dyachenko, who lost, contested the results.

Zelenskyy was expected to file his motion after the Audit Chamber checks the CEC.

The CEC can be disbanded based on the president's motivated motion by at least two thirds of MPs.