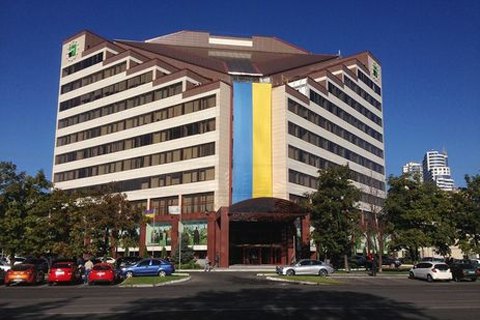 On 11 September, police officers visited the head office of PrivatBank in Dnipro at noon.

The bank said that it was a "group of people with the support of police special forces to conduct a search".

Investigative actions were carried out on the warrant of the city's Zhovtnevyy district court on 9 September.

The reason for it was "the alleged abuse of authority by bank officials in concluding agreements with leading international and Ukrainian recruiting, consulting and legal companies".

"It is worrying that, under the justification of an alleged “illegality” of recruiting companies, the district police department and prosecutor’s office are trying to seize all documents related to the legal protection of the bank," it said.

The bank added: "PrivatBank operates in accordance with the laws of Ukraine and cooperates with the law enforcement agencies, including the timely provision of documents in compliance with the court decisions. The bank regards the implementation of operational measures for the forced seizure of several documents involving unjustified amounts of police special forces and unknown persons as pressure and an obstacle to the normal operation of the office."

Investment banker Serhiy Fursa noted that the search was carried out the day after the former owner of PrivatBank, Ihor Kolomoyskyy, met President Volodymyr Zelenskyy.

"And you say the Ukrainian state is clumsy. Just yesterday, the president met Kolomoyskyy, and today the police came to search state-owned Privatbank. They can work when they want to. Protection of business Ukrainian style. The state is trying to protect the Ukrainian businessman from judicial arbitrariness in London and the United States," Fursa said on Facebook.

PrivatBank was nationalised on 21 December 2016. The state received 100% of its capital and spent tens of billions of hryvnyas on its additional capitalization.

According to the National Bank of Ukraine (NBU), the entire corporate portfolio of PrivatBank before the nationalization consisted of insider loans associated with its former shareholders, the main of whom are Kolomoyskyy and his business partner Hennadiy Boholyubov.