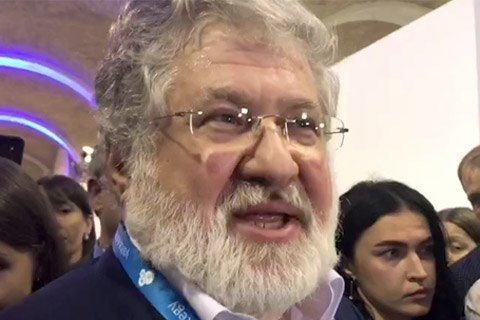 A former owner of nationalised PrivatBank, Ihor Kolomoyskyy, has said that he is fully entitled to claim a stake in its capital. He was talking to journalists on the sidelines of the 16th Yalta European Strategy (YES) Annual Meeting organized by Viktor Pinchuk in Kyiv.

In his words, he has three demands concerning PrivatBank. The first one is that "any allegations against me should be withdrawn". The second one is "those who did all that should be brought to account".

"And the third one: let them pay me," he added.

He noted that there had been 2bn dollars in PrivatBank and that he was ready to exchange this capital for PrivatBank's shares.

The former owners of PrivatBank are suing the state over the bank's nationalization.