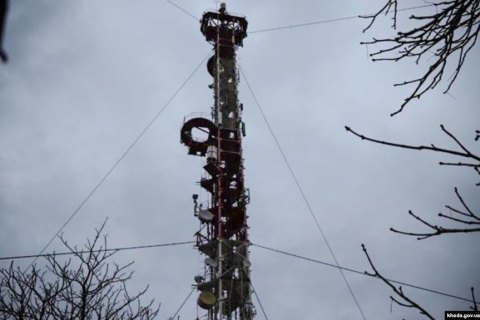 The United States has allocated about 1m dollars to broadcasting equipment that will help Ukraine transmit its TV signal to the territory of annexed Crimea and occupied Donbas, Krym.Realii has reported, quoting US Deputy Assistant Secretary in the European and Eurasian Bureau at the US Department of State, George Kent.

Kent, for his part, said about this at a news conference on the expansion of Ukrainian TV broadcasting to the occupied territories on 13 September.

"USAID supported the efforts of our Ukrainian partners by investing nearly a million dollars in highly professional broadcasting equipment that will provide high-quality Ukrainian content to more than 4 million residents in southern and eastern Ukraine, including about 2 million citizens who currently do not have access to Ukrainian-language broadcasting," Kent said.

The head of the broadcasting department of the RRT Concern, Leonid Semenchenko, noted that Ukraine had already installed four digital transmitters.

"Such international technical assistance is a significant contribution to the development of the state-owned digital television network on the line of contact in Donetsk and Luhansk regions and on the administrative border with Crimea," he added.

According to him, seven more transmitters will be handed over to Ukraine by the end of this year.

Krym.Realii also recalled that in September, the Crimean human rights group found out that the Ukrainian radio signal was completely blocked in at least 10 settlements in northern Crimea.