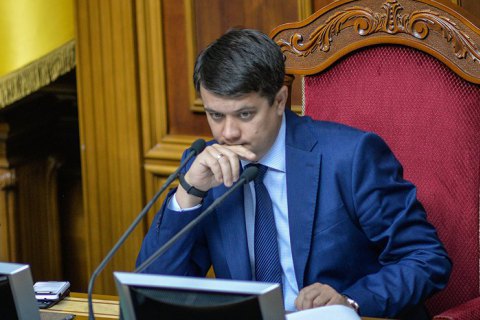 Parliament speaker Dmytro Razumkov has signed bill No 1012 "On the special procedure for ousting the president of Ukraine (impeachment)" and sent it to President Volodymyr Zelenskyy for signing.

A day earlier, parliament rejected a draft resolution seeking to invalidate the bill, thus having enabled Razumkov to sign the bill.

MPs passed the bill during a controversial vote on 10 September. It says the president can be impeached in case of committing high treason or other crime only.